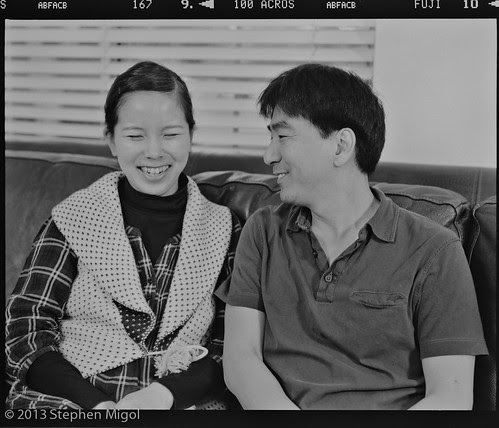 Marc and Kaori, a photo by S Migol on Flickr.
Via Flickr:
On January 26, 2013, we went to visit Marc, Kaori, and Kylie at their place. After lunch we got some pictures.

Shot on Fujifilm Acros 100 ISO 120. Developed by Keeble and Schucat. I scanned it by shooting with a Pentax K10D with the SMC PENTAX-DA 1:2.8 35mm Macro Limited lens. PP with LR3 to reverse the curve and do touchup to remove dust.

This was the first time I shot 100 ISO on the 67 camera. Great detail and super fine grain. The grain that is visible in these shots is a digital grain. I expect that if I got closer and stitched the image together it would show even more detail.

Here are more from the same session: 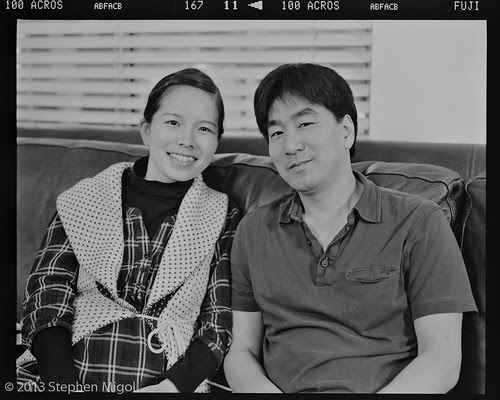 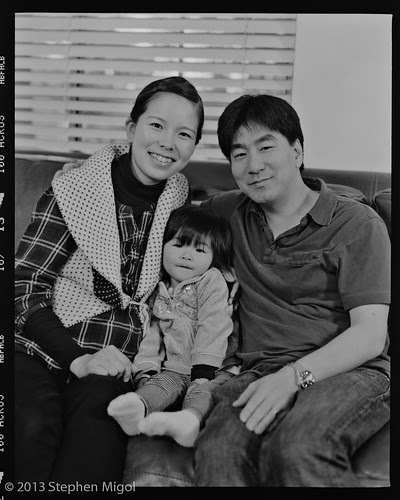