A photo session on April 7 2013 for the Yamawaki family 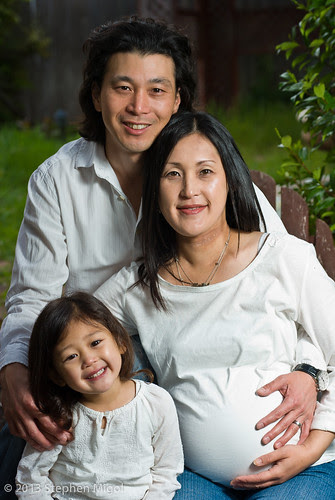 On April 7, I met with Jamie and Maki to take some photos before they had their second child.  It was the first time in a while where I was able to do a full session and exercise my skills.  I was also able to use some film in addition to the digital that I normally shoot.

I brought nearly everything, essentially.

The photoshoot went well with only a few major issues.  The standard focus issues of not paying attention to getting everyone in the proper zone or loose framing were acceptable to a point.  There was some problems with a sidelit shot where I wanted more light than I had and in realized too late that I needed more fill.