March 24, 2014
Over the weekend, I set up the equipment in the backyard and did some testing of the camera, power, and Gemini.  Here's what I've learned. 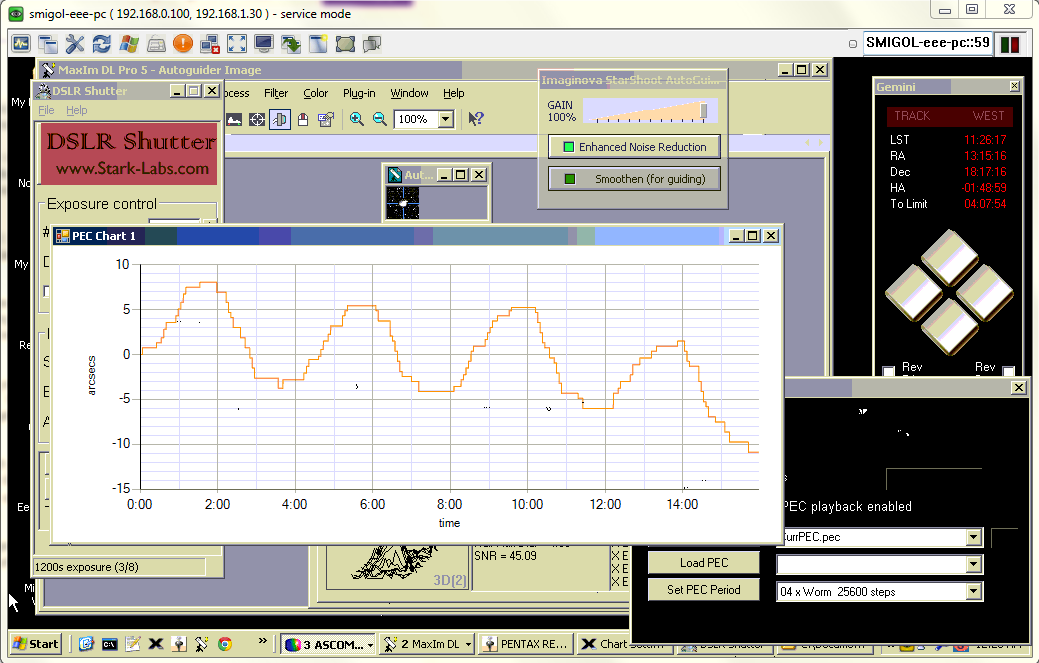 Look at how the slope of the curve goes downward.  Not good.  There's something amiss.

Happened across a comment online in an old archive that the Ovision worm uses a period of 240 vs the Losmandy standard 239.  This one difference may have been enough to cause the issue of running slow.

Here's what PHD2 looks like when guiding using the mount using the G1: 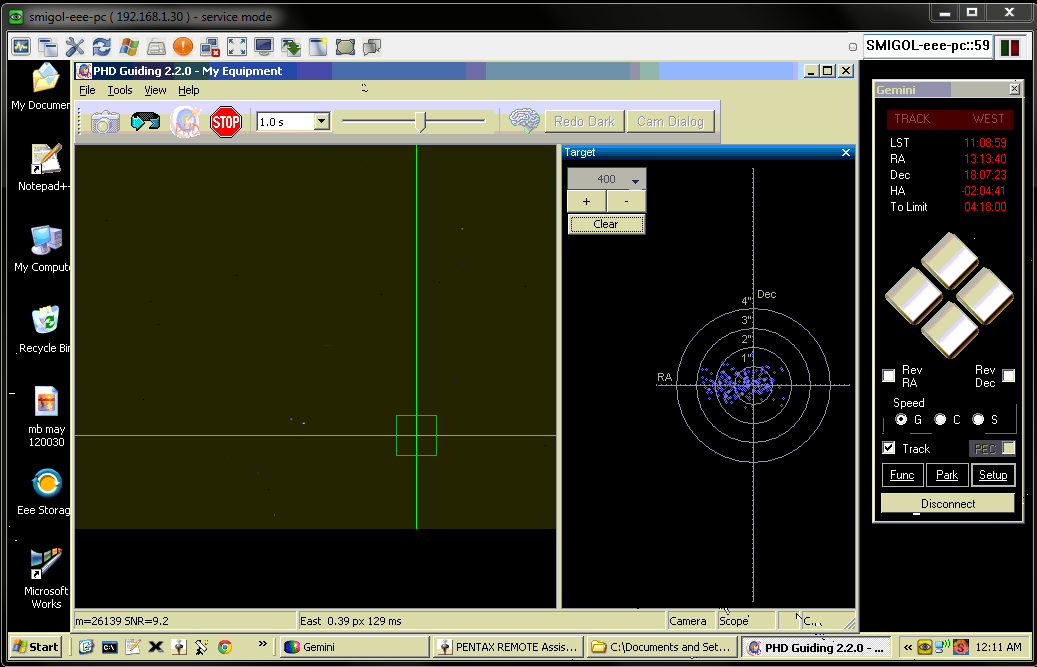 Note how the scatterplot is skewed to the left.  This is after I've replaced the counterweight from an 11 to a 7 pound version.  There was not much east bias on the mount.  The graph prior to the replacement was the same.  In this case, the RA aggressiveness was set to 75%.

I checked the Ovision spreadsheet that was provided and there's something interesting here:

Looks like there is a 240 second period?  Of course, this could just be rounding.

I don't have the chance to test it tonight as there will be rain coming.  When I can get the gear setup again I'll try the G2 again as the new firmware allows custom divisors to be used.  It also has the ability to train custom rates.  I'll also want to do PemPro with the updated worm period.
DSLR Cooling Gemini 2 Losmandy G11