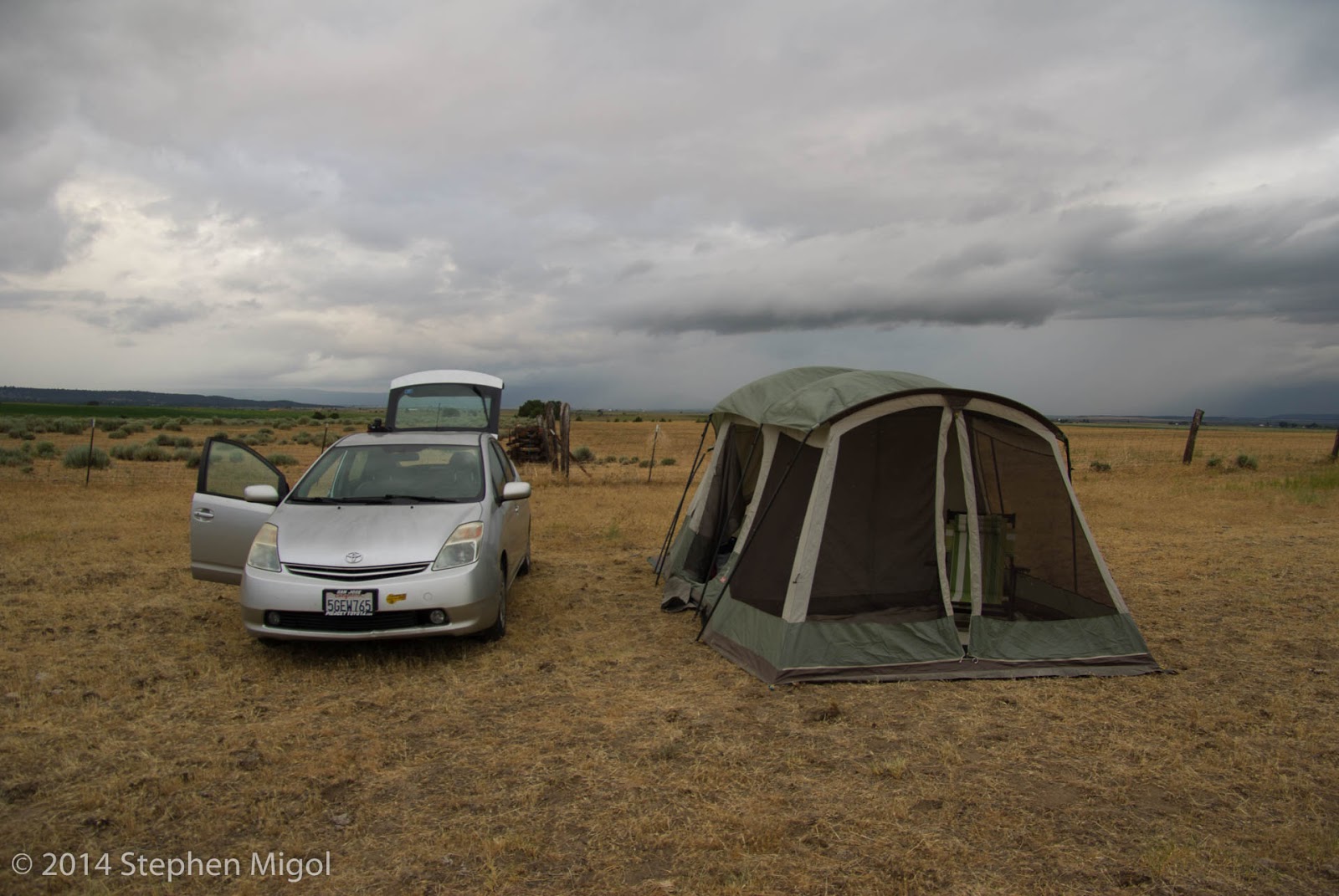 When I arrived at the site, I'd already driven through some rain so I was expecting things to get worse before any stars might have appeared.

Got the tent set up quickly and my supplies unloaded and left the scopes inside the car.  During the Disorientation session, rain came down hard.

Later that night, the rain came again in earnest with lots of wind.  There was 1/4 inch of rain, a lot for late June weather.  A little bit of the rain made its way under the tent and remained sandwiched there between the tent floor and the tarp.  There were wet spots for the rest of the week.

Thursday had some good chances to get around and take nice pictures during the swap meet and among the vendors.  The daytime sky started to suggest that scopes could be put up at least to try for polar alignment if the clouds cleared a bit, however, the clouds never really parted that evening.  I set my alarm for 1 hour intervals to check for gaps - nothing happened except a few bits of rain at 1am.

Friday offered more interesting puffy clouds with clear blue sky behind them.  I tried some shots on Acros with the Orange 21 filter.  On developing, I realized that a wratten 21 filter needs 4 stops of compensation to properly expose with this wavelength.  Everything was underexposed by at least 2 stops.  Live and learn.

Was able to polar align and get some shots done on Friday, including several images of the Snake Nebula, some polar star trails on Ektar, and some shots on E200.  The skies had lots of black clouds moving around, giving a challenge to getting good exposures.

Also had some issues with serial ports and triggering the DSLR.  Seems that running the shutter off the com port was starting exposures but not stopping them.  Had to fall back to USB control via the tether software. Did some trouble shooting with removing unused COM ports and was able to better control the shutter for short exposures, but longer exposures cause issues.

More pictures coming soon.  I've scanned most of the TriX I shot, have two more rolls that will be developed in Diafine which will need to be scanned the old-fashioned way as I'm finally giving up Dan's scanner to Casey.