Fixing Collimation on the SV4

August 18, 2014
In the previous post, I wrote about how images taken at an earlier session showed collimation/centering errors.

I picked up a laser collimation tool to help with the exercise of centering the focuser on the SV4 refractor.  The focuser has been removed from the scope several times over the last year or for flocking.

At the time I tested, I noted that the reflected dot from the laser collimator was offset by a significant amount.  With some judicious tweaking, I was able to keep the dot centered as the grub screws were tightened.  To seal the final adjustment, I ran a tiny bead of blue locktite along the seam to act as a removable glue.

Also while the focuser was off the scope, I removed the flocking paper and painted the internals with the flat black paint.  This worked better for the other metal parts and doesn't leave fuzzy bits to cause problems later.

After the focuser was centered, I figured that I'd try to identify issues of tilt with the DSLR. 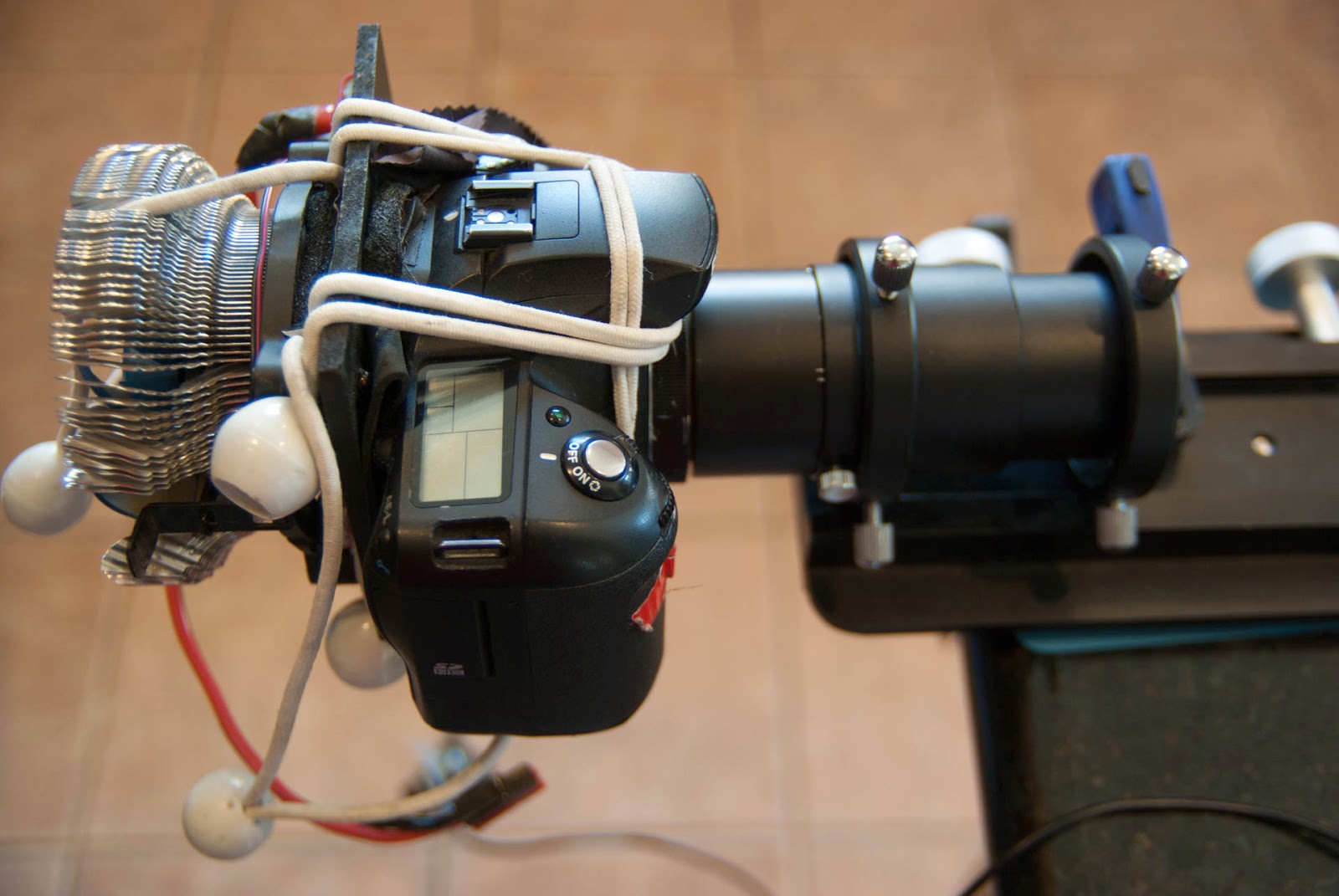 So I made a jig from a collection of stuff including the flattener, t-ring, and 2 inch drawtube extender with a set of 3-point rings for a 50mm finder.

Once I had the camera in place, I lined up the laser pointer.


Reflections of the laser were shined on a far wall, about 12 feet distant.  The initial test showed wobble of at least 6 inches.  After shimming, the deflection was reduced to less than 1 inch.  Not too bad from just a little collection of parts! 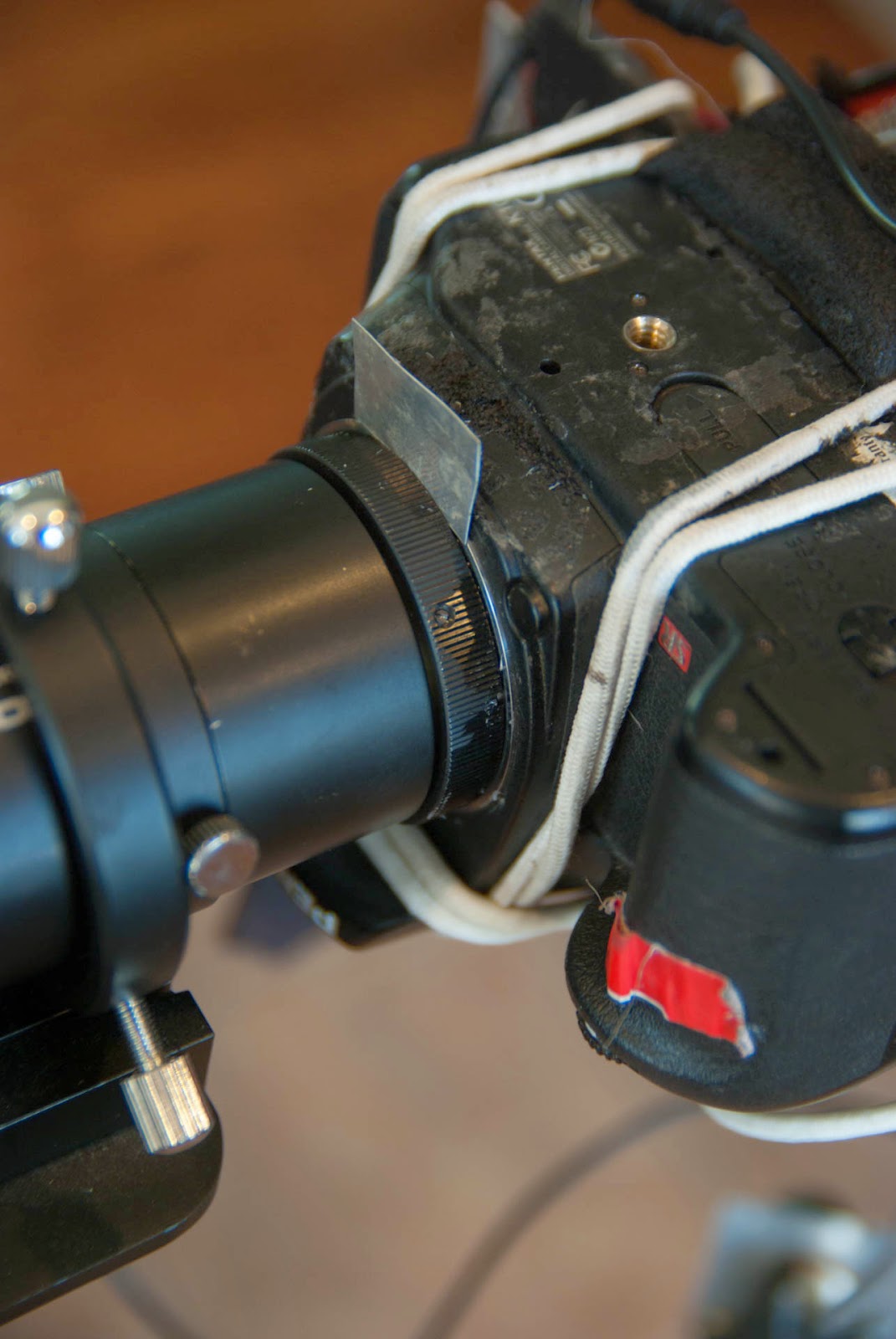