April 27, 2015
I recently tried to use a Lodestar X2 guidecamera.  However, it appeared to be DOA. 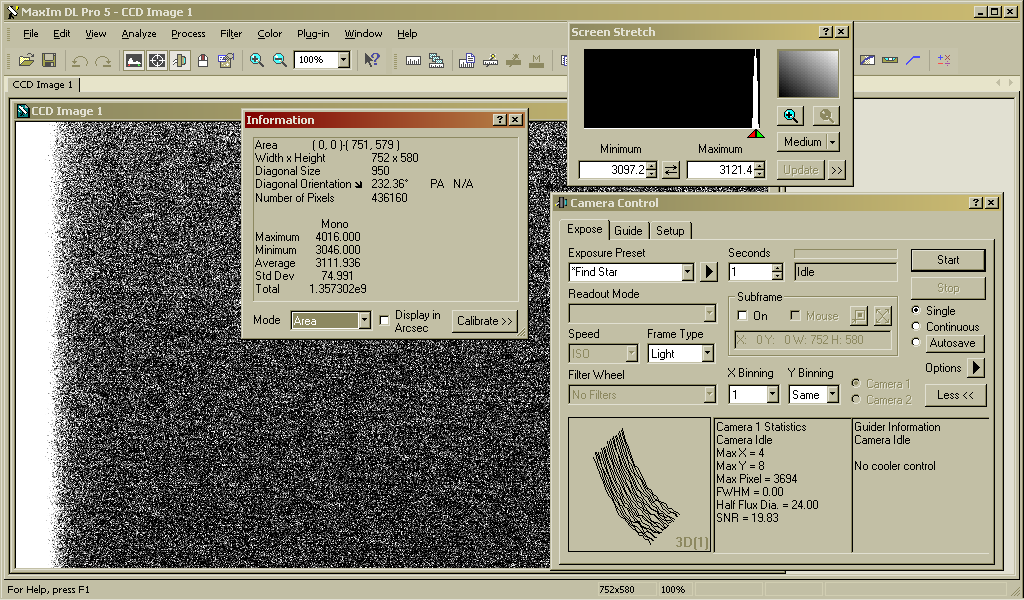 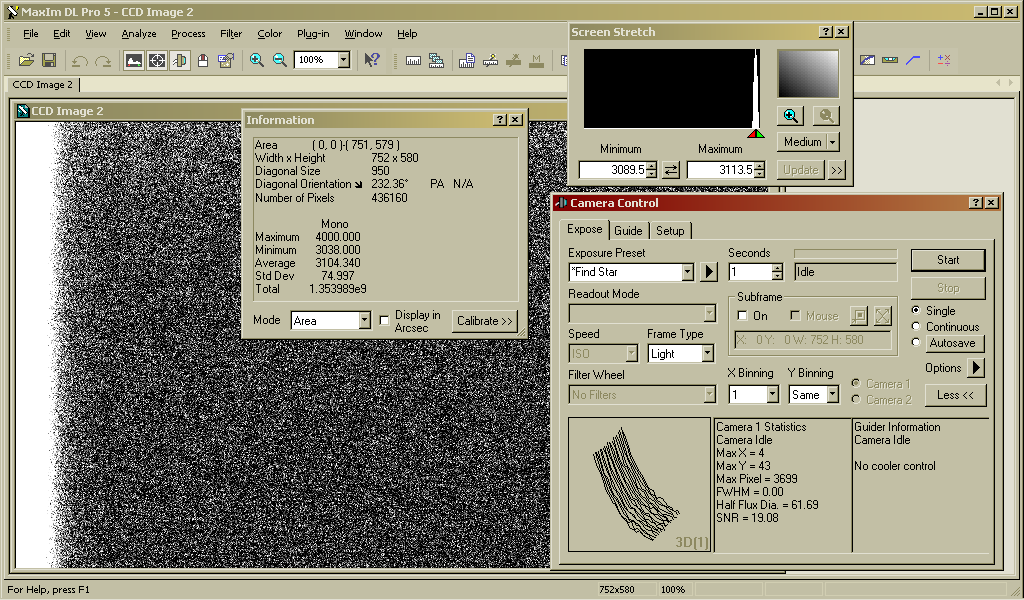 Note how the average value of the dark and light frame on these two images are nearly identical.

The dark was taken with the camera pointed at the tabletop, no light allowed to reach the sensor.  The light was taken while pointing the camera at a desklamp with a pinhole in a layer of aluminum foil to prevent saturation.

After talking with Terry of SX on email, it appears that the camera has a hardware fault.  So it's going back to OPT today.  I expect a replacement in a week or so.

In the meantime, the reinstall of XP allowed a controlled install of drivers for the SSAG and the rest of the software used.  I did take the time to install a better hard drive for this notebook.  Decided against an SSD because of the cost of these for minimal performance boost.

Another small advantage of reinstalling the OS was that I was able to finally enable the graphics adapter to render a virtual desktop to allow using applications that force large windows.

Everything else seems to be working just fine!
Lodestar X2 Windows XP