Crunching Gravel at MBOSP on May 31

June 02, 2016
The gang got together on Tuesday night for a long-sought chance to get under some relatively dark skies.

Main show was the planets of course with Jupiter setting with a moon transit, Mars at its largest, and Saturn rising.  A stretch goal was to view the supernova in M66, which brought out the big scopes to try to observe this faint target. 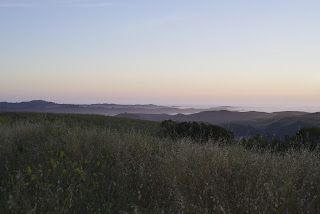 I paused at Windy Hill to watch how thick the marine layer would be.

The cloud cover was not as heavy as hoped, meaning that the night skies would have a lot of glow from the valley lights.  On the positive side, it meant that my scope at home would still have a good chance to gather data using CCDAP.

The start of the evening was to try to see how early Jupiter could be spotted in the twilight. 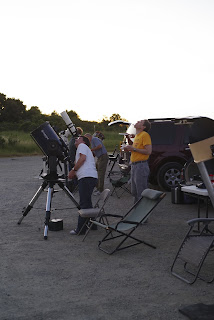 Variety of scopes, all set up for analog viewing. 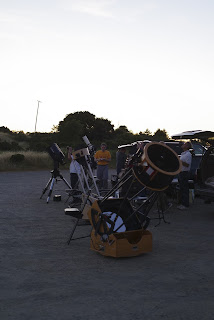 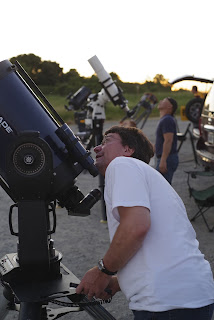 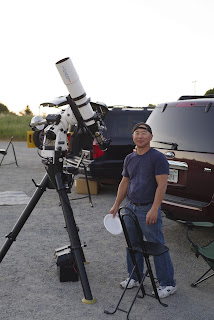 I tried my hand at using the Astrotracer function of the Pentax K-1 with a 50mm lens.
Fair amount of challenges meant that there were no really good images, even with the wide angle lens.  Thus, I'm not likely to waste a lot of time on this option in the future unless I happen to be waiting for other work and am bored. 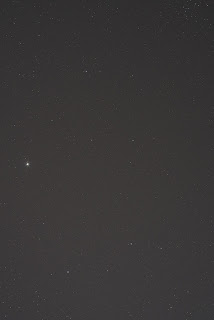 I tried shooting some areas where Ha would be found and didn't find much signal. 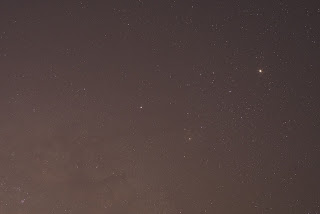 Capped off the night with an Iridium Flare near Deneb! 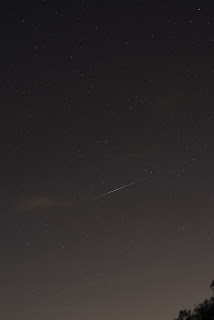