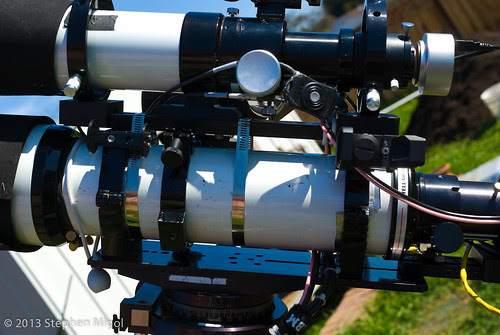 Flexure Work, a photo by S Migol on Flickr.
Via Flickr:
I've been testing flexure this new moon cycle. This is the latest configuration of the scope. 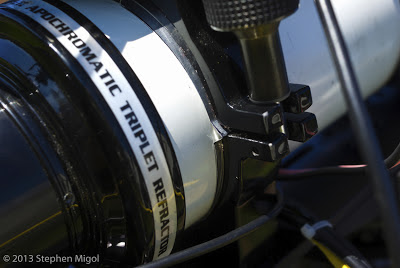 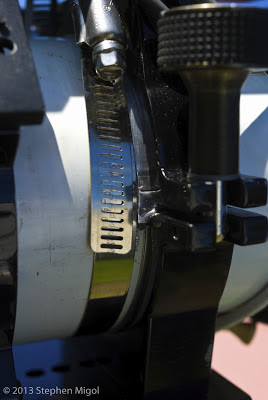 Here are the results from this work. 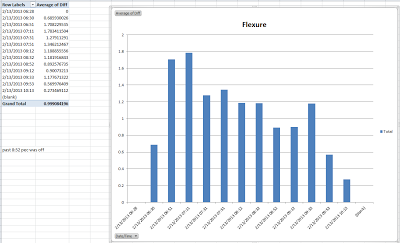 I noticed that there was still drift while imaging.  So I turned PEC off to see if it made a difference.  The RMS value didn't change, so PEC was not adding anything at the time.  Easier to run with it off.

I think it's interesting that last night and the night before (11 & 12) both are exhibiting flex in X & Y, whereas before it was just in Y (RA). Not sure what is going on there.  Maybe it's the insulation that I put under the tripod screw.  I'll remove that and see if it makes a difference.  Most of the X drift is between .25 and .6 pixel.  Still significant enough to blur the stars.