Gemini to Taurus on Acros 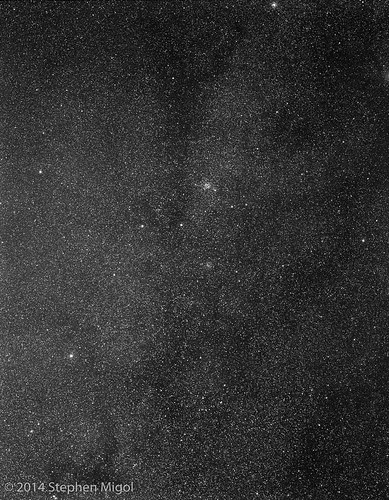 Gemini to Taurus on Acros, a photo by S Migol on Flickr.

Via Flickr:
A widefield image taken at Calstar 2013 showing the dark clouds of the Milky Way from Gemini to Taurus between Orion and Auriga.

The field is centered on IC 2159 or the Monkey Head Nebula. This cloud of glowing gas was recorded on the film, a surprise considering the relative insensitivity of the film to Ha. Compare it with the Jellyfish Nebula near Propus. The latter nebula is nearly invisible. Also visible are several open clusters including M35.