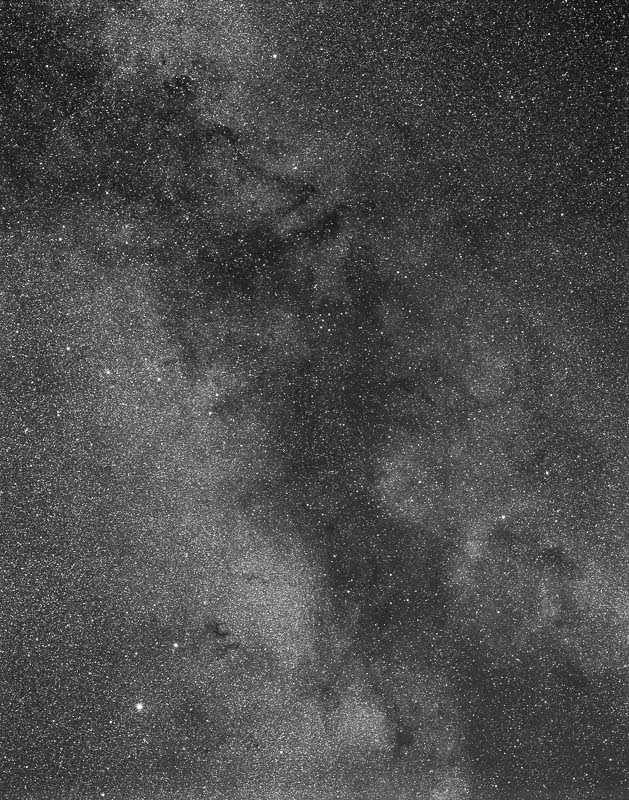 Milky Way Clouds on Acros, a photo by S Migol on Flickr.
Via Flickr:
A widefield image taken at Calstar 2013 showing the dark clouds of the Milky Way from Aquila to Lyra. The Triple Cave nebula and M27 are visible as well as many of the dark lanes in this part of the sky.

There is a gradient from south to north that comes from the glow on the horizon. I could fix it a little, but I'm not sure that this is all a problem.

Note the lens flare near the top of the image from Vega.