Whale of a time at MBOSP

May 02, 2014
So I went up to MB and braved the elements two nights in a row to test the backyard exercises. 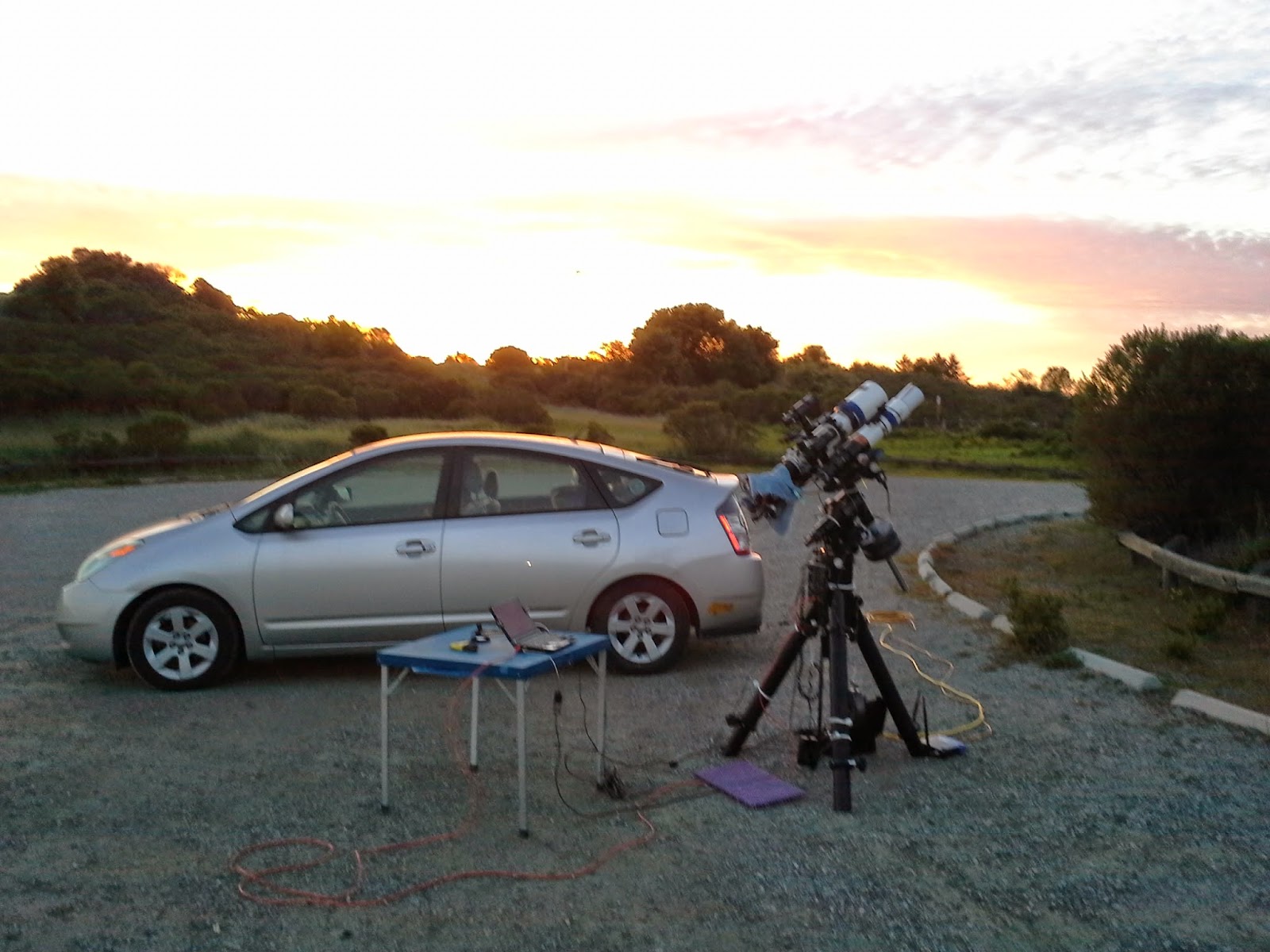 The weather was clear and cold once the clouds blew away.  First night was strongly windy, but consistent wind without being too gusty.  It was also a dry wind and it was cold - low 40s F.  Second night was wetter, more dew, less wind and not as cold (50F) but the wind was aloft - seeing was bad.

Both nights afforded a good chance to test a few things: newly calibrated SSAG showed clear, dark background with lots of stars and few hot pixels, dew shield/hood did a good job of keeping stray light from the camera and dew off the optics, and power system kept everything running with good volts.

Clouds needed a little while to disappate because of the upper weather.  Even so, I was able to polar align through this layer and keep moving forward.  Getting really good results with PHD2.  I was able to produce very good alignment within just a few minutes - the notes that the drift tool in that application helps keep me from making too many mistakes.  Also, the way that tool allows me to reliably go to the same spot in the sky to make adjustments really helps, too.

Here are some screenshots (literally!) of some of the good results.
It's really important to level the tripod head before starting.  The movements for the drift alignment are sensitive to a small skew.  Using the installed bubble level gets close, but not close enough.  It's better to use an external bubble level.


The flexure was a mixed bag.

I've been challenged with trying to fix the flexure issue with my setup.  My most recent effort of lining the main scope rings with aluminum shims  has helped considerably.  However, I'm still able to measure some remaining flexure.  This is annoying and I wish I could control it better.  In the end, though, the remaining flexure is just above the threshold of detection.  Individual sub exposures don't show the oblong stars except in bad examples.

Here's a view of what remains: 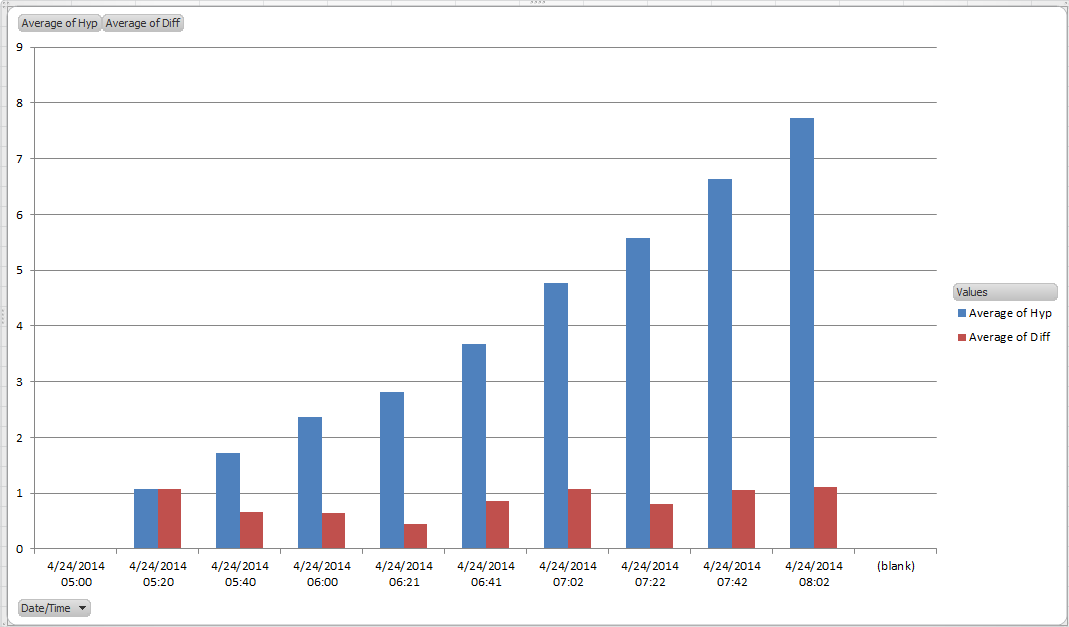 Note that the red bars are at the 1 pixel mark.

This is the result of two nights of data collection: 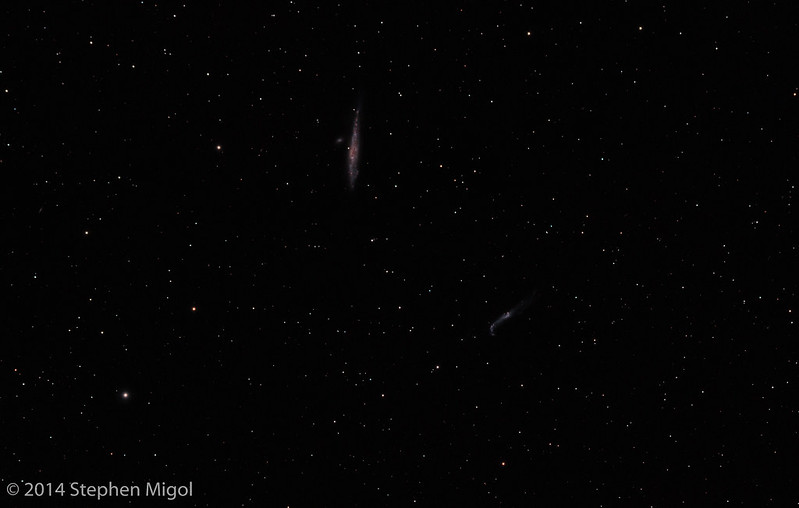