Preparations for the GSSP 2022

I have done a lot of preparation to be ready for this event.  Most of my efforts between Calstar 2021 and today have been on getting the most out of the existing equipment I have rather than trying new gear.

Foremost, I've put quite a bit of time on analysis and understanding of the large format camera.  I've built tools and done precision measurements and snapped lots of test shots to finally get to where I can say that focus is as good as I can make it. 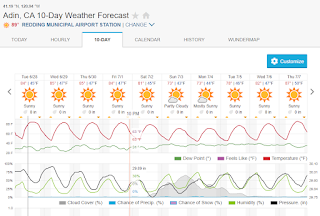 The ground glass as shipped with the camera was a plastic-sheet with integral fresnel screen.  Great part, but it had scratches and a pretty coarse lens that introduced a lot of lines when trying to focus.  Getting repeatable precise focus was a hit-or-miss event even with high magnification.

I ordered a chinese-made ground glass made by e-tone.  Visually, this is a great ground glass with a much finer fresnel lens.  I really liked the grid lines and 6x7, 6x9, and 6x12 composition marks.  However, the image is formed by a frosting layer that is plagued by dark spots.  This robs the contrast needed for precise focus.  Under a low mag loupe, the grain is invisble.  This glass would be perfect for a field camera that used wide angle lenses.  I may eventually get a second back to install this glass into for that purpose.

In a last ditch effort to get a good solution, I wanted to try a focusing screen that was not made from plastic.  I purchased a hand-made ground glass from a fellow in Washington state.  His glass is hand-polished and is made from Schott glass.  The product does not have a fresnel lens, as most of the work I do is with long lenses, vignette will not be a problem.  Big advantage is that the lack of fresnel lines does not rob contrast.  The fine grinding of the glass is evident as the view under 10x magnification readily shows detail that was invisible on the other ground glasses.

Lastly, by doing all this work, I’ve set the focus on the loupe to properly account for the thickness of the glass.  It was easy to focus on pencil marks on the matte surface.  No longer distracted by the out of focus fresnel rings or subsurface texture in the plastic, my eyes easily see the image.

Big thumbs up to the Horseman design as the Graflok back is easy to remove and put on a table for measurement, disassembly, and reassembly.

After Calstar, I made a device to give a "live view."  Using a spare Lodestar guider and a lensboard with a Copal 1 hole, I mounted the autoguider in a parfocaling ring and then attempted to mount it at the proper distance to mimic film. 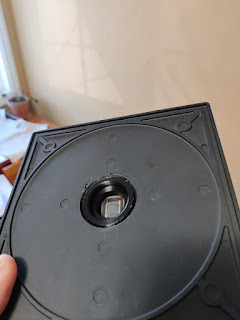 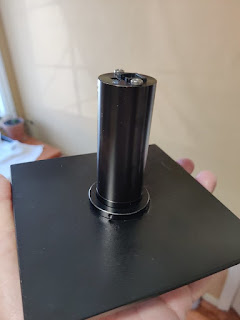 Through the fall of 2021, I would snap pictures of Orion, attempting to compare lens image flatness.  Would use this live view tool to focus a bahtinov mask.  To work with smaller lenses, I purchased smaller-sized masks.  Over the months through October and November, I would run up to Montebello, take some pictures, then develop over the coming days.  This feedback loop was very slow and I did the final shots in the back yard.  10-20 minutes on TriX would show the the bright stars of Orion with nicely resolved diffraction spikes.

Under a loupe, the spikes were always somewhat unpredictable and I attributed this to focus shift due to temperature and other factors.

During the work fitting the ground glass noted above, I found that there was a disagreement between what the ground glass showed, what the lodestar tool showed, and what the film plane showed.  While putting the system together I tried to measure the distances with a depth gage and used plastic shims to move the ground glass.  I found that I needed to restrict the measuring environment to a way that easily showed front and back focus.

I built a setup that featured a tape measure laid across a table top with markers to indicate the desired point of focus.  Set up the camera with the 300mm f5.6 lens about 15 feet away.  This close focus required extra bellows extension, using up most of the standard rail available.  I tried doing the measurement in flat light during twilight and under spot lighting from LED lamps.

Important trick was increasing the contrast of the film used to better read the tape markings.  I used the FPP Frankenstein 4x5 film, a 200 speed film.  Much smaller grain than TriX - which may have been limiting my earlier attempts.  Metered at box speed, plus .5 stop for bellows.  Exposures were 1 second at f5.6.  Full strength XTOL with a 7 minute development time to give better contrast.  Under a 20x loupe, the millimeter marks were clearly visible, clearly showing acceptable depth of field of 3 cm!

I was able to back into the correction needed by taking a look at the film negative, noting the numbers that were in sharp focus, resetting the camera visually to the desired mark, confirming with the saved screenshot of the Lodestar view.  Assured that the camera was returned to its focus travel as the previous setup, I changed the position of the Lodestar to have it properly focus on the actual film plane - it had to match the numbers that were in focus on the negative.  Refocused on the target point using the Lodestar, then confirmed on the glass with the 10x loupe.  Eventually this told me that the shim was not the .04mm originally measured - nor the .02mm used as a step - no shim was required (which makes sense).

One more shot on film to confirm and the ability to develop one sheet of 4x5 really showed its value.  The focus was dead on where it needed to be.

No start test done as I realized that Polaris still shows rotation in 10 minutes with the 300mm when not using a tracking mount.

Target list will be the usual suspects given the limited amount of darkness available.